I am a huge movie buff. With my acting background, I love to watch films and analyze the characters. And now that I'm entrenched in writing, I have fun breaking down the film story structures and the screenplays. Here are some of my favorite movies, why I adored them, and why they haunted me long after I watched them.

To Kill a Mockingbird 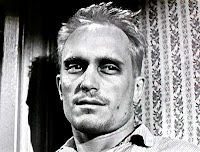 I fell in love with this film first by its film score. My dad played the record when I was a little girl, and I ran around the family room acting out the story as he told it to me, in his own words. I pretended I was Scout and Jem sneaking around, finding treasures from Boo Radley, and being caught in tight corners by Bob Ewell. When I saw the film, it lived up to my imagination, and later the book did, as well. My favorite part of the movie is when Scout discovers Boo behind the bedroom door at the end. Robert Duvall plays Boo brilliantly, and I cry in that moment every time. To Kill a Mockingbird is an amazing story to me because it deals with racial prejudice, rape, incest, suicide, and a mob mentality all in an non-graphic yet unflinchingly honest manner, as it is told through the magical and innocent eyes of a child (and a stellar creator, Harper Lee). 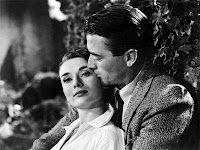 This has got to be one of the most charming films ever made. Audrey Hepburn and Gregory Peck have perfect chemistry together. She is pure enchantment to watch, and he is one of the best actors ever. This movie begins rather lightheartedly and as a kind of wish-fulfillment, fairy tale type story--which makes the serious turn and bittersweet ending all the more poignant. Gregory Peck's facial expression as he's walking away at the end...WOW. Roman Holiday is my curl-up-in-a-blanket-on-a-rainy-day movie. 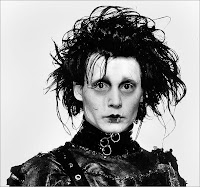 This film had a huge impact on me in my teen years. I haven't experienced anything quite like that feeling of sitting in the darkened theater afterward, just stunned and heartbroken and inspired all at once, and not understanding why. Now, looking back, I can see how strongly I identified with Edward at that time in my life. I was in the middle of my horrible junior high school days, when I didn't think I had a true friend in the world, and where I felt everyone acted insincerely and lived to play the popularity game. I retreated into myself, skipped a lot of school, and spent each lunch period by myself in the library. So this lonely, scarred, scissor-handed boy was me in so many ways. Watching this movie changed me, helped me recognize some things about myself and the world, and gave me the courage to step out of my shell and give myself and people a second chance.

The Fellowship of the Rings

I watched this film in the theater seven times. Seven! I hadn't read The Lord of the Rings, but I did right afterwards. This film struck me to the core and made me discover, with firm conviction, that fantasy is my element--it's the way I love to filter themes and relationships the most. For some reason, being removed from the real world at that level helps me explore close-to-my-heart life struggles in a safer and somehow clearer environment. I absolutely adore Frodo. His relationship with Gandalf is simple and impactful; and with Sam, it is beautiful and pure. This is a definite good versus evil story, and I love to see how someone so small and seemingly insignificant, with his little band of friends, triumphs in the end. The Fellowship of the Rings is my favorite film of the trilogy. It has more of the amazing world of the elves with Rivendell and Lothlorien, and the way the Black Riders are depicted is more frightening than any other scare-factor in the next two installments.

When asked what my favorite film is right now, I tell people, Bright Star. This is a true story about the poet, John Keats, and the love of his life, Fanny Brawne. It's a Romeo and Juliet story, an I-will-do-anything-to-be-with-you story. These lovers are desperate for each other, they suffer when they're apart, they punish themselves when they feel thwarted. They cry and throw fits and can't eat or sleep without each other. And somehow all this works for the story. Somehow these are strong characters, and not weak ones. I study this film, again and again, trying to figure out how this is so. I think it's because, in the beginning of the story, both characters are established as capable, unique, independent, and fearless. This makes their transition into becoming "slaves to love" heartwrenching and meaningful. Bright Star is a quiet and breathtaking film (and a fantastic tearjerker). I highly recommend it!

What are some of your favorite films, and why do they resonate with you?

Posted by Kathryn Purdie at 9:58 AM