I Have an Agent! 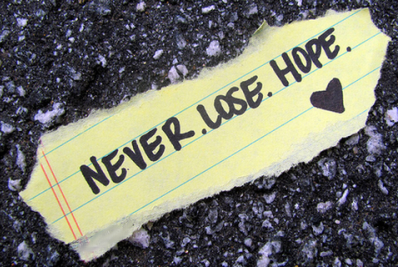 Although I never posted anything on my blog, my friends know I lost my agent last year when she quit the business for personal reasons. I had enough respect for her to trust she was making the right decision for herself, but I'm not going to lie, it was rough. My novel was still on submission with our first round of editors, and the feedback we'd received so far was positive. I felt certain we were close to selling. So when my agent quit without warning, it seemed like all the hard work and momentum I'd been building came to a screeching halt. After a couple days of bleary-eyed staring at the wall, I decided to get over myself and get back to work. My mom reminded me it's those who don't give up who succeed. I dove back into the last stretch of drafting my new novel and started querying my previously agented novel.

I'm going to back up and tell you I got my first agent without querying. When my first novel was polished and ready, I pitched it to her at a writers' conference, and she requested my full manuscript. Within a few days, she enthusiastically offered. I never queried anyone else. So when I queried for the first time after I'd lost my agent, and the interest in my novel wasn't dynamic, I worried. Was I really as talented as I thought? Was it a total fluke that I got an agent in the first place? In the meantime, my husband was still searching for adequate work after being laid off his job at the beginning of summer, and our perfect credit went down the drain as we could no longer afford renting out our home in Florida for less than the mortgage payment. We tried to sell it for what we owed, but no bites; pursuing a short sale was the next best option. My husband, our three children, and I were living in my in-laws' basement for what we'd originally thought would be a few short months, but now it seemed a never-ending prospect.

It took a lot of willpower, perseverance and courage to believe everything would turn out all right. It took a lot of faith to push through finishing my story, to let go of my own reality long enough to get lost in a world of my own imagining--but where my heroine also wrestled with loss of control over many aspects of her life, and where she worked to find creative ways to move forward and not be a victim to circumstance.

Sometimes my strength would crumble. I had my share of sob fests and moments of despair. But I refused to linger in that state of mind. Again and again, I'd pick myself up and get busy writing. At the end of January, I was ready to query my new novel. I took a deep breath and sent it out into the world. And this time I did see dynamic interest. Within a week, my full manuscript was out with several respectable agents. I tried not to get too excited, but I did allow myself to hope. I often hear people say, "Don't have any expectations." I see the logic behind that, but shouldn't we have faith? Shouldn't we believe in ourselves and our work? It's the more painful route when things don't work out, but I still believe we should dream. Sometimes it takes all the bravery in the world to cling to that hope. It often takes every last ounce of faith. It's hard, but I find it--that belief in me and my stories.

My good friend Sara B. Larson read my manuscript and fell head-over-heels in love with it--so much so that she volunteered to recommend it to her agent, Josh Adams. He was sick with chickenpox (poor guy!), so she waited until he was better to mention me and THE LOVELY INVISIBLE, my YA fantasy, a retelling of the Greek myth, "Cupid & Psyche." Within a few short days, I got an email from him saying he wanted to call about a "possible offer of representation." Cue butterflies of anticipation and random fits of giggling. And then, as luck would have it, I caught a terrible cold and lost my voice. I emailed Josh a picture of myself, asking him to envision what I really looked like when we spoke, and not an 80-year-old smoker. He later told me when he got that email, he busted up laughing and knew right then and there he'd love working with me. He thought it was so "cute" (aww) that I was worried enough about my voice to feel compelled to do that. And telling me that endeared me to him. (He likes my weird personality! I can be myself with him! We're going to get on great!) That's how I felt during our entire phone conversation--so at ease, but also like I was in the hands of a pro, a business-savvy, personable power agent--WHO LOVES MY NOVEL. Does it get any better? Nope.

So, yes, this story has a happy ending. I am ECSTATIC, OVER THE MOON, WISH-I-COULD-SCREAM-IF-I-HAD-A-VOICE HAPPY to announce I'm now represented by the fantastic, one-of-a-kind Josh Adams of Adams Literary. I feel like the luckiest girl in the world and am beyond grateful for the opportunity to partner with someone so amazing for my publishing career.

I believe in good things to come.
Posted by Kathryn Purdie at 7:05 AM

Email ThisBlogThis!Share to TwitterShare to FacebookShare to Pinterest
Labels: agent, Cupid and Psyche, how I found my agent, Josh Adams, Sara B. Larson, The Lovely Invisible, writing journey