I Conquered the Beast 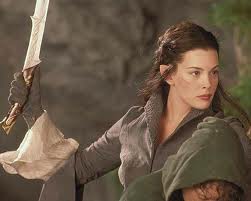 (And when I say beast, I mean my wickedly long but beautiful baby--my first novel.)

Have you ever stared at a computer screen for so long that your eyes start crossing? I have and, let me tell you, it's a little bit freaky!

What I learned from this mega revision:


Some stats about my drafting and revision process so far:


Anyway you do the math, I feel awesome! And I've totally owned my writing process, which is overwriting to draft, and then cutting to revise (though, I did have to rewrite sections of the beginning and end).

I know there will still be revisions to come with new beta readers, and hopefully one day an agent and editor, but for now I will breathe a big fat sigh of relief because I did one of the hardest things by hacking this book to below 100k.
Posted by Kathryn Purdie at 9:00 PM

Email ThisBlogThis!Share to TwitterShare to FacebookShare to Pinterest
Labels: revisions, The Rowaness of Shalott, writing journey